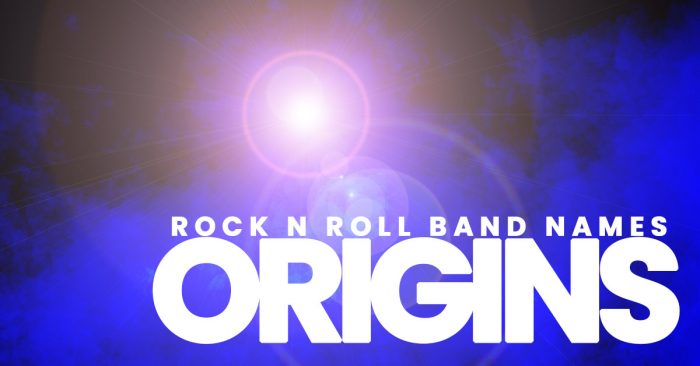 Anyone who grew up in the Rock ‘n Roll era has been exposed to some interesting band names. We may never have given many of them much thought, and many, actually have no real significant meaning. Others, however, were inspired by unknown stories. Here are a few.

They were named using the first initials of the band members. It could have turned out so much differently should they had different names.

No, the band was not from Bay City but was named randomly by sticking a pin in a map that included Michigan.

The name was inspired on Buddy Holly’s Crickets, but the spelling was altered for a little play on words.

Rather than a Winston Churchill Speech, the name of this band was taken from the name of a Johnny Cash Album.

After recording “The Letter” the band was looking for suggestions on a name and the thought occurred to have them send in 50 cents and some box tops to enter a contest. Contest over.

Some will remember their original name as the Chicago Transit Authority. It was pretty simple in that their record label wanted to shorten their name.

It may be hard to imagine but the band’s name was taken from a band members grandmother’s affection for a Bing Crosby song of the same name.

Hootie and the Blowfish

No, lead singer Darius Rucker was not Hootie nor his band the Blowfish. These were actually nicknames of a couple of his college friends, one who looked like an owl (Hootie) and one who look like a blowfish.

This is not complicated as the legendary band was named after the title of a Muddy Water’s tune.

Nearly called Tricycle to emphasize the three members of the band, they settled on Three Dog Night, an Australian description on how cold nights were described. A Three Dog Night was the coldest.

The band was named after a British unemployment form, the UB40 that would help applicants get unemployment benefits from the British government.

There are usually little quirks or stories behind the names of most famous bands. Searching out your favorites can be fun and enlightening!

What Are The Odds?

The Things That Protect You When Driving

How to Handle Requests for Donations

Discovering More About The World Around Us

Nine Inexpensive Tips To Get Your Home Ready to Sell

Tools We Don’t Seem to Use In Business Anymore