Where Did THAT Expression Come From? 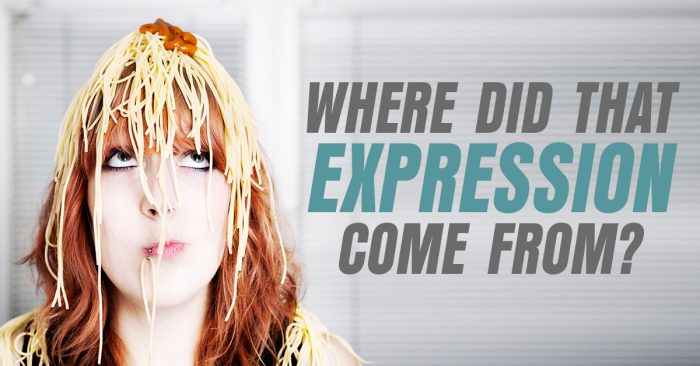 Where Did THAT Expression Come From?

Have you ever heard someone say a phrase and wondered how it originated? Why do we say, for example, ”Letting the cat out of the bag?” Here are some popular expressions and their probable origins.

Holy Toledo: If you have ever been to Toledo, Ohio, you may have noticed while it has its share of churches, there isn’t anything particularly “holy” about it. So where did this expression come from? It is believed it originated because of Toledo, Spain’s position as a Christian religious center and the number of great churches built in the city. This saying has nothing to do with Toledo, Ohio.

Jaywalking: This term comes from how jay birds would act when flying into major cities. They would be confused by the tall buildings, traffic and large number of people. These birds would often be seen acting erratically in busy cities, seemingly to be directionless. This became the name for people walking across traffic where no crosswalk was present, acting like these distracted avian.

“Sleep Tight”: Old mattresses were often held together by ropes that kept them tight and comfortable. Keeping those ropes tight then, led to a better night’s sleep, leading to this expression often said when someone is going to bed.

“Beat Around the Bush”: This generally refers to discussing a topic without addressing it directly. It is said the expression comes from trying to scare birds and animals out of bushes, so they could be caught more easily. Thus beating around the bushes helped the final goal without getting to it directly. One would need to beat around the bush as a way to get to the birds or game which was the mission in the first place.

Some say our insurance coverage is the ”cat’s meow” and “fit for a king” See how we may be able to save you on life, homeowners, automobile and business insurance. Contact us for your free quote. We look forward to assisting you.

Making the Most of Space in an Apartment